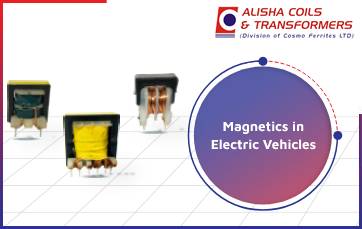 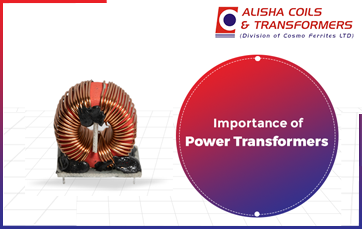 Importance of Power Transformers in the Modern World

Ferrite Core Transformers: What Makes Them In Demand?

In this blog, we are going to explore important information about ferrite core transformer and why they are in high demand in the electrical industry.

What is Ferrite Core Transformer?

Ferrite Core Transformer is non-conductive, ferromagnetic compound that has its winding made from ferrite cores. They are used for high-frequency applications because they carry low coercivity and offer low eddy current losses.

What are their types?

Ferrite Core Transformers are of different types, including:

1. Manganese Zinc (MnZn): They have higher saturation levels and higher permeability than NiZn ferrites. These are suitable for applications that have an operating frequency of less than 5MHz. Also, their impedance makes them ideal for inductors up to 70 MHz.

2. Nickel Zinc (NiZn): They have higher resistivity compared to MnZn ferrites. They are used in electrical applications when the frequency ranges between 2 MHz to several hundred MHz and are suitable for inductors above 70 Mhz.

3. Sand Dust: These are high-frequency Choke Coils ideally used with ferrites only.

Why are they in High Demand?

Ferrites are ceramic materials, formed using manganese and zinc compounds. They act as insulators in transformers and offer high resistance to high currents.

Another advantage is that ferrites ensure low eddy current losses over several frequencies and have high permeability so they are ideal for high-frequency transformers and adjustable inductors.

Not only this, the high magnetic permeability and low electrical conductivity of ferrites help to prevent eddy currents in transformers. So, you don’t need to laminate the cores before using them for transformers.

On the other hand, conventional iron core transformers have an iron core built-up with laminations to prevent losses due to eddy currents in them. It becomes impossible to make the laminations thinner to make them effective at higher frequencies.

What are the Benefits of using them?

Ferrite Core Transformer offers a range of benefits that makes them ideal for various electrical applications. Some of their major benefits include:

What are their Major Applications?

Major applications of Ferrite core transformers are given below:

Basically, wherever there is an electronic circuit containing a Printed Circuit Board (PCB), ferrite transformers are the first choice.

Ferrite Core Transformers are efficient and deliver excellent performance in a variety of conditions. If you are planning to purchase the finest quality ferrite core transformers for your electrical applications, you can contact Alisha Coils & Transformers (A Division of Cosmo Ferrites Ltd). Also, if you need any guidance or consultation before buying these transformers, they are happy to help you find the right ones.